How I ended up with 1.5 Google accounts

By LB - September 08, 2017
I'm fuzzy on some details, but this is the best I can remember about how it happened.

A long time ago, there was this cool video sharing platform called YouTube. I was pretty young, playing some random game called Super Mario Galaxy 2, when I discovered a couple interesting quirks of the game's gravity mechanics and recorded them with my sister's camera on my family's tripod. I had to ask my parents' permission to create a YouTube channel so I could upload the videos.

On October 18, 2010, I created the YouTube channel LB725C. My online alias at the time was LB, but many sites (YouTube included) imposed a 3 character minimum. Not content to add an underscore, I came up with the clever idea to somehow use 1337 in my username, but in a subtle way. It just so happens that 1337 degrees Fahrenheit is approximately equal to 725 degrees Celsius. Thus, LB725C was born as my YouTube username. Back then, usernames were also display names. I think the email address I used was my old Yahoo email address.

One fateful day, I visited YouTube to look for more videos of glitches in my favorite Nintendo games, only to be greeted by a dialog, asking me to make a choice that some would find very difficult. I could continue to use my existing channel name of LB725C, or I could use my real name. But there was also a third option: I could write in whatever name I wanted. So of course, I picked that and tried to enter LB. To my surprise, it worked! I was pretty happy about that, but I didn't think much of it afterward. My channel's custom URL was still LB725C, which I was disappointed about, but I understood why I couldn't change it.

Eventually, I noticed that when I clicked my avatar in the top right of YouTube, there was another channel with my real name. A channel I had never created but which nonetheless existed, having 0 subscribers and 0 of everything else as well. Curious, I looked into everything and made a lot of discoveries. I was now logged into YouTube via Google. My Google account had a Google+ page with my real name, and this page was considered a "real person" and was permanently associated with my Google account. My "real person" Google+ page had a YouTube channel automatically created for it. But, I also had another Google+ page - this one was called LB. It also had a YouTube channel. Both existed under the same account.

As I discovered these facts, I started customizing everything, changing settings and adding information. I noticed there was a way to set a password on the Google+ settings page for LB - how curious, what might that be for?

So, I tried it, and was told it had been set successfully. What? What is this password for? Apparently, it's for managers of brand accounts to use. What's a brand account? How would managers use this password? These support articles sort of explain it:

My LB Google+ page also had a randomly generated email address that I assumed was only used as a hack for Google services that needed an email address to understand the world. So, I opened another browser (or rather, created a new user profile in Chrome) and used the weird email address and the password I just set to log in. I could use YouTube just as I always could, no surprises there, but I had used the same login process for normal Google accounts, so I wondered what other services would work like this?

The first thing I tried was GMail. It directed me to a page about upgrading to GMail, which was when I found out that GMail hadn't always existed at the same time as Google accounts. It let me pick my own email address, but I've always been bad at deciding such things, so I used my channel's custom URL. Surprise! I now had a second GMail account, owned by the LB Google+ page, which was also owned by my personal Google+ page. Most other Google services worked too, including an extra 15GB of free Google Drive space.

This was a time in my life when I really needed to figure out how to separate school life from goofing around on YouTube, and this weird dual account setup seemed like the perfect way. Back on my personal Chrome user profile, I switched YouTube to the channel with my real name and set it as the default. It was weird to see an empty subscription feed, so I subscribed to some science channels and my college's YouTube channel. I figured I may as well learn stuff if I was gonna use YouTube when I should be using it. Then I would only use the LB channel and user profile for gaming related activities. In a way, it felt like I was maintaining two separate identities, and for the most part that was how I treated it - two sides of the same coin. From each identity, I avoided mentioning the other, except for accounts and places where I had already done such things. To this day, I still have two Chrome user profiles on my computer, and I use one for college (which I'm almost finished with) and the other for gaming. If I need to focus on school, I just close a browser window (since you can have both open at the same time). 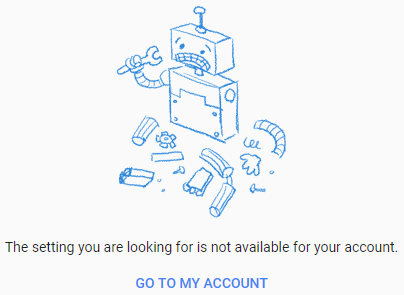 There's one more strange part of this story, though - my YouTube channel now has two custom URLs. The original custom URL, YouTube.com/LB725C still works. But the LB Google+ page also allowed me to create a custom URL, which I thought only applied to Google+. For some reason I didn't want to use LB725C again, and instead went with the even dumber LBStuff-LB. So now I have a second custom URL YouTube.com/c/LBStuff-LB that for some reason is now the default custom URL.

I think it's now possible to divorce Google+ from YouTube channels and just use YouTube's channel switcher while logged into your primary Google account, but I'm really scared of what sort of damage will happen if I do that. So for now, I'll just keep my 1.5 Google accounts and figure things out as I go. What a weird trip Google+ was.